On June 24, 2022, the Kingdom of Eswatini’s the newly appointed H.E. Ambassador to Taiwan Promise Sithembiso Msibi along with Administrative Attaché, Princess Dlamini, Third Secretary, Mr. Brian Hlophe, Director of Trade and Investment Promotion Section, Mr. Achilles Yeh, his families visited National Chung Hsing University (NCHU) and met with Chia-Lin Chang, the Vice President for Office of International Affairs (OIA) on behalf of the university. The visit took place in the First Conference room at the College of Agriculture and Natural Resources.

Ambassador Promise Sithembiso Msibi gave recognition to scholars from NCHU whose research team contributed greatly to technological development and knowledge on agricultural resources through their missions to the Kingdom of Eswatini. The ambassador indicated that his country was willing to provide plenty of materials and enormous potential for future scientific research, thus looking forward to more researchers from Taiwan to facilitate more academic collaboration between the two nations.

After the meeting, the President of National Chung Hsing University Dr. Fuh-Sheng Shieu, and Ambassador Promise Sithembiso Msibi exchanged remarks on potential collaboration between NCHU and universities in the Kingdom of Eswatini in order to build consensus.

In addition to the continuous efforts to develop sister universities in Southeast Asia and Europe, NCHU has been proactively cooperating with the government to develop connections with African countries in recent years. During the past few years, Director of Africa Industrial Research Center Professor. Chia-Chung Chen has executed several African research plans, which received support from President Fuh-Sheng Shieu and encouragement from Dean of Agriculture and Natural Recourse, Prof. Fuh-Jyh. Jan that would constantly build a solid basis. This meeting is believed to be the starting point of forthcoming cooperation between NCHU and the Kingdom of Eswatini. Office of International Affairs will cooperate with the holistic development of the university, carry out governmental plans about Africa and initiate closer collaboration to consolidate the Taiwan-Eswatini relationship in the future. 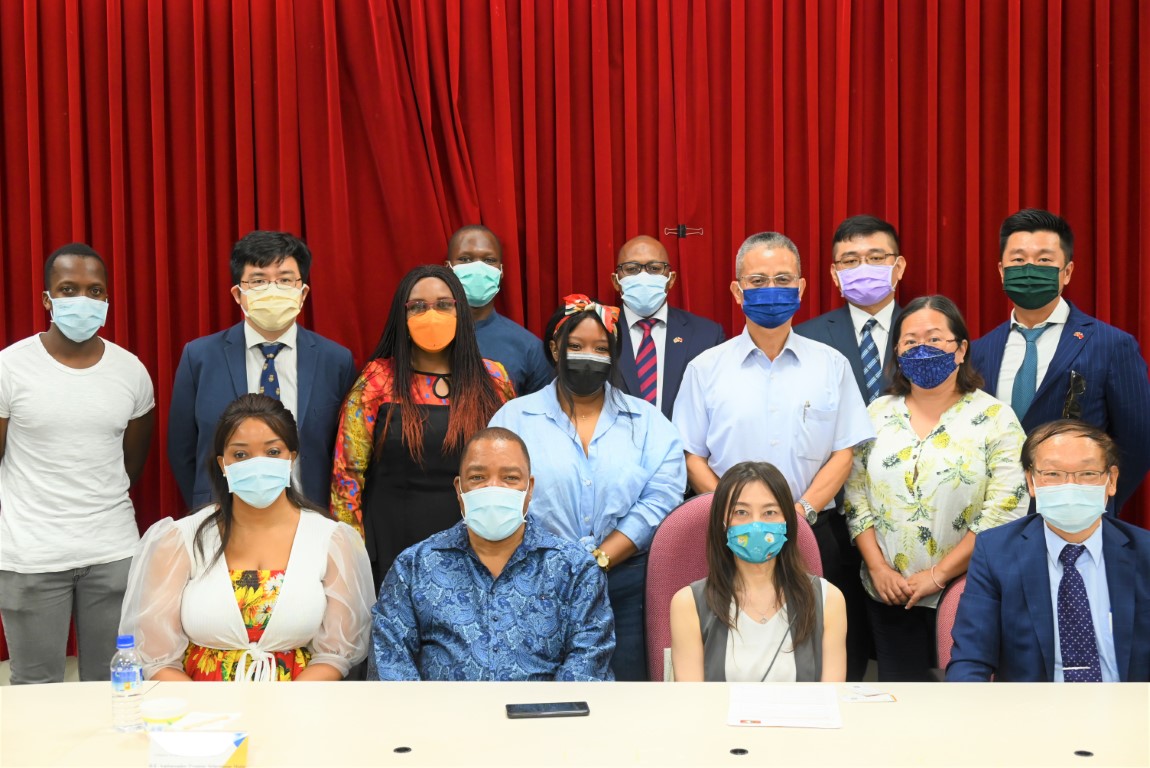 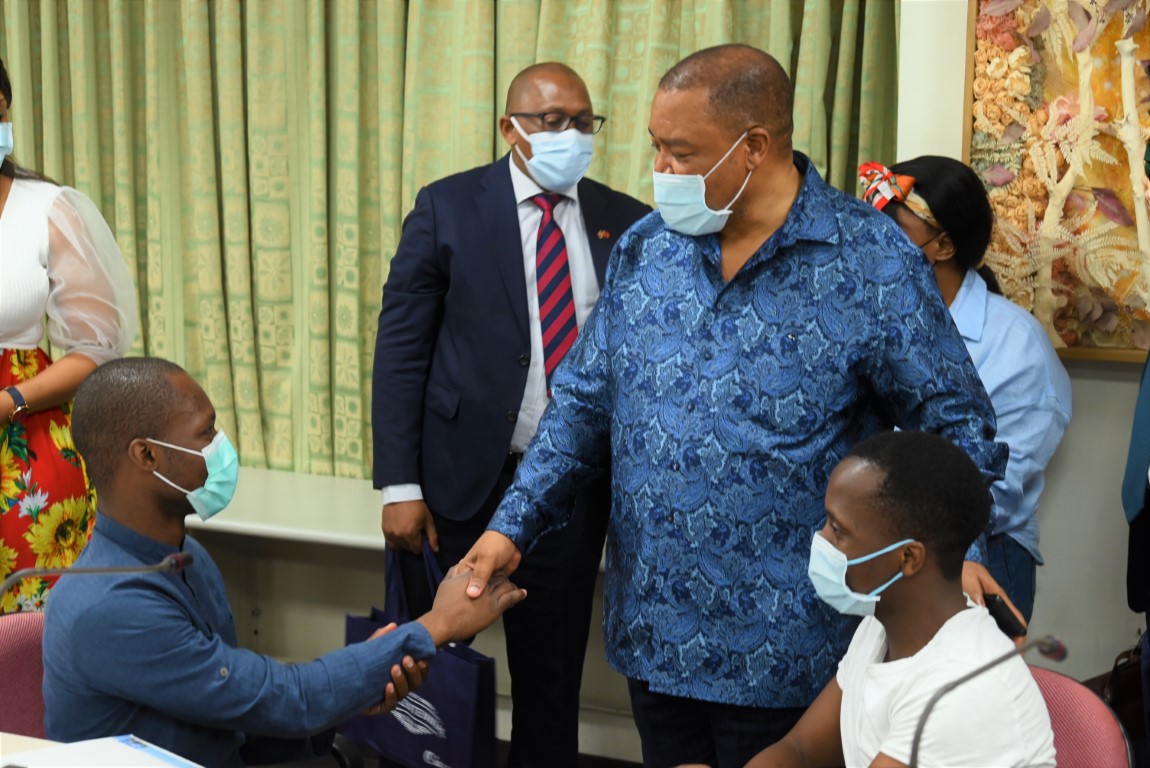 Ambassador Promise Msibi meets with students from the Kingdom of Eswatini. 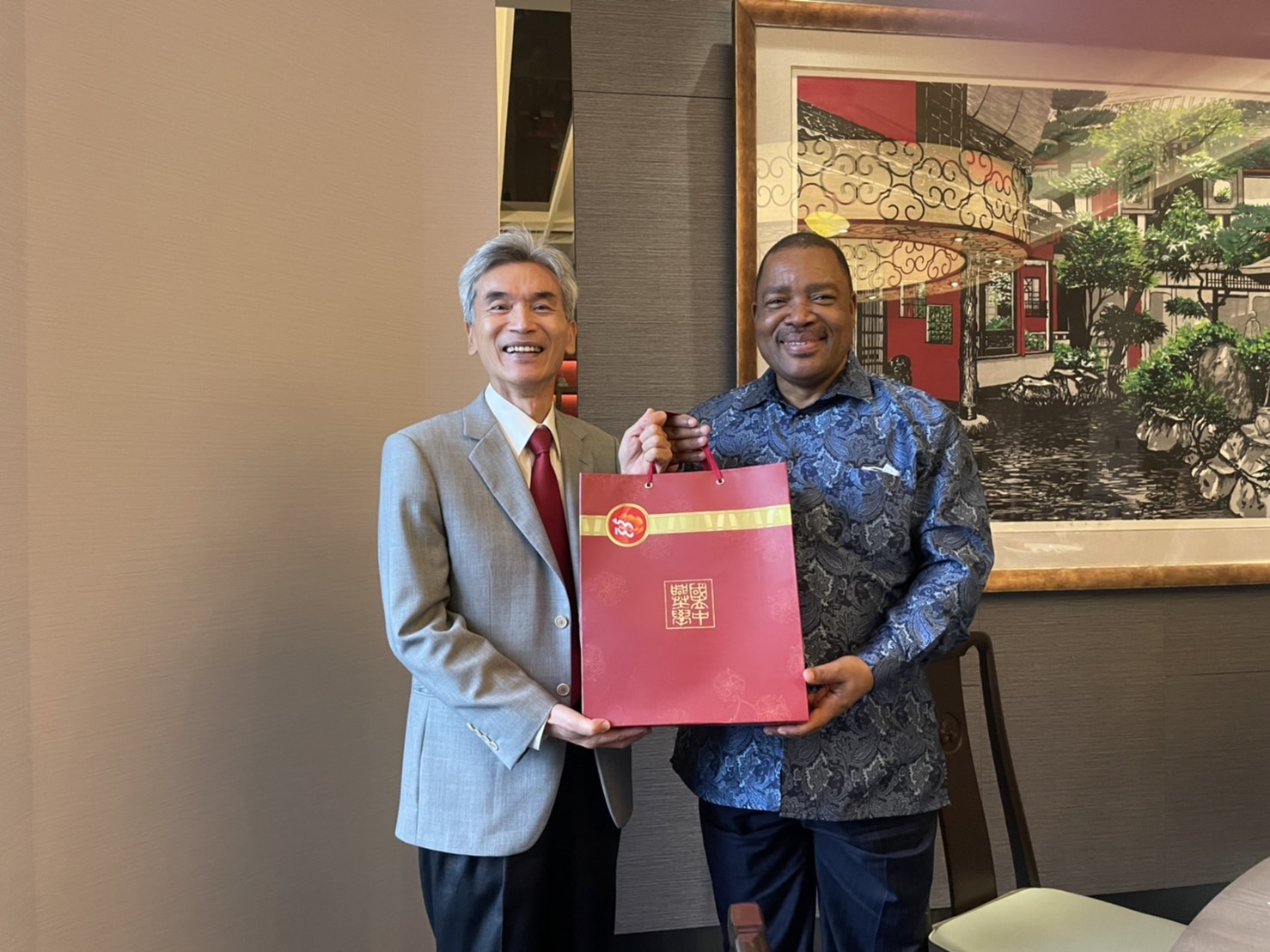